Your commercial risk management resource
When is a Settlement Actually a Settlement?
Posted By Matthew J. Boettcher 03.09.2015

Most civil cases settle. Court statistics show that and, anecdotally, most attorneys would agree. Back in the day – which is the way older lawyers refer to times when written correspondence was the norm – settlement offers were often conveyed in a letter, signed by a lawyer. 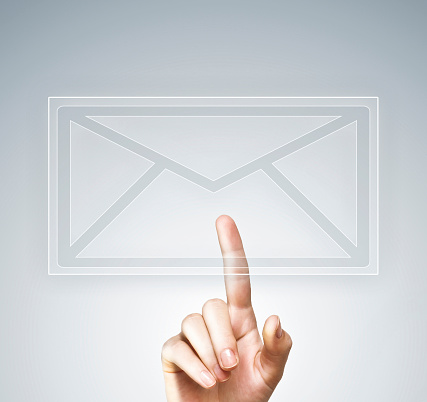 Writing such a letter forced the lawyer to think and reflect upon the import of what was being proposed. Was it an actual settlement offer or merely an invitation to talk? When in doubt, disclaimers would typically blanket the letter. I am not suggesting that “back in the day” everything was clear and free from ambiguity. I am saying, however, that with the speed and frequency of emails and text messages, unintended consequences can occur.

For example, imagine you are involved in a lawsuit and your attorney gets an email offering to pay in settlement $200,000, an amount you clearly do not intend to accept. You authorize your lawyer to inquire if $250,000 would settle the matter which he does through a responding email. In response to that $250,000 inquiry comes the single word “yes.” Is the case settled? Is that string of emails an enforceable agreement despite the fact that other matters have not been expressly agreed upon, like the dismissal of the all claims and the release of various liens? The answer might actually be yes.

In Michigan, an agreement to settle a lawsuit is a contract. Not surprisingly, the enforceability of such a contract is governed by the rules applicable to the construction and interpretation of contracts.

At its basic level, a contract requires an offer, acceptance and consideration. An “offer” is “the manifestation of willingness to enter into a bargain, so made as to justify another person in understanding that his assent to that bargain is invited and will conclude it.” Eerdmans v Maki, 226 Mich App 360, 364; 573 NW2d 329 (1997). “Acceptance must be unambiguous and in strict conformance with the offer.” Id.

An objective standard is used to determine if a meeting of the minds has occurred; a court will look “to the express words of the parties and their visible acts, not their subjective states of mind.” Calhoun Co v Blue Cross Blue Shield Mich, 297 Mich App 1, 13; 824 NW2d 202 (2012).

So, in the example above, we have an offer to settle for $200,000 which is rejected by the inquiry if $250,000 would settle the case. If the counter came in the form that could be construed as an actual offer as opposed to a preliminary inquiry, the simple act of emailing back “yes” can seal the deal, even if in hindsight you wished it had not.

Now, in Michigan, there are special rules for settlements that appear in our court rules. Even if an agreement satisfies the rules of ordinary contracts, the agreement must also satisfy MCR 2.507(G). That rule provides that a settlement agreement “is not binding unless it was made in open court, or unless evidence of the agreement is in writing, subscribed by the party against whom the agreement is offered or by that party’s attorney.” In our example, if the responding attorney’s email included an electronic signature, and many emails include such things automatically, the email is the necessary writing and the electronic signature has been construed to satisfy MCR 2.507(G).

The moral of this story is that you, and your attorney, should treat settling a lawsuit with the same seriousness that existed when the business deal now in dispute was first struck. Getting out of the deal sometimes requires more thought, planning and paper than it took to get in, and that’s the simple truth.