Your commercial risk management resource
In the “Season of Giving,” a Wise Man Might Say It’s Time to Brush up on Gift Giving Rules
Posted By Matthew J. Boettcher 12.07.2015 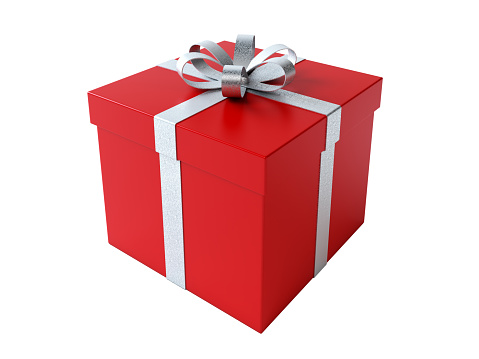 We are in it, that period between Thanksgiving and the New Year when it is customary/mandatory to engage in the time-honored practice of gift giving. But let’s not be so cynical, it can heal the heart to give.

My mother would say it is good for the soul. My children might say, can I text you my list?  My wife will say “don’t get me anything” (like that is ever a safe bet). Regardless of your motive, this is the time of year when gift giving is ubiquitous. And, while it may not be a strictly business concern, it never hurts to know the rules because “yes Virginia, Santa Claus has to operate under the law.”

So let’ take a look at what exactly is the law of “giving.”

A “gift” typically is defined as any voluntary transfer of property without consideration. Kind of takes all the fun out of it when you say it that way. It gets worse.

So, when Ralphie, in the movie "A Christmas Story," asked for “an Official Red Ryder Carbine-Action Two-Hundred-Shot Range Model Air Rifle” and his mom said, “No, you’ll shoot your eye out,” but dad got him the gun anyway and put it under the tree, did mom give Ralphie the gun?

Who cares! All that matters is that dad bought it for Ralphie, wrapped it and hid it behind the chair so that Ralphie would find it, open it and, as it turns out, nearly shoot his eye out.  From Ralphie’s perspective, mom’s intent is irrelevant.

From the available evidence existing at the time, we can deduce that dad intended to make the gift, delivered the gift by leaving the gun wrapped by the Christmas tree for Ralphie to find on Christmas morning, and Ralphie accepted the gun just before nearly shooting his eye out. The law was satisfied.

So what if mom or dad promised Ralphie the Official Red Ryder Carbine-Action Two-Hundred-Shot Range Model Air Rifle for Christmas, but later changed his, her or their collective minds and, instead, got him a football as Santa Claus had suggested at the department store? Would Ralphie have a case to claim a gift was made by his parents promise? Ho Ho No. A mere promise to make a gift is not the same as an actual gift.  Ralphie would be out of luck.

What if, instead, mom and dad intended to give Ralphie the Official Red Ryder Carbine-Action Two-Hundred-Shot Range Model Air Rifle, but after having had far too much eggnog on Christmas Eve, they, instead, thought it would be simply hilarious to give Ralphie Aunt Clara’s Bunny Costume instead? Could Ralphie get his gun by showing that mom and dad fully intended the gun gift and would have given the gun but for being three sheets to the wind? Once again, Ho Ho No. Mere intentions to make a give does not constitute a gift, even if accompanied by a promise.

Indeed, had Ralphie found the Official Red Ryder Carbine-Action Two-Hundred-Shot Range Model Air Rifle under the tree next to a passed-out mom and dad, both moments away from a roaring hangover, mom could legally reclaim the gun by showing no transfer was intended, given the aforementioned worry about an eye being shot out. There would also be serious questions as to whether intent to convey could be shown and/or were mom and dad even competent to make the gift.

And, what if mom and dad had decided to give Ralphie the Official Red Ryder Carbine-Action Two-Hundred-Shot Range Model Air Rifle, had wrapped it, put it under the tree, but mom woke up first and, after having second thoughts about a one-eyed Ralphie, chose to substitute the gun with the aforementioned football. Could Ralphie claim his gun? Ho Ho No again.

By law, a gift can be revoked at any time before the gift giving is actually complete. The corollary is also true, if Ralphie got up first and found the gun, mom could not take it back, because Ralphie could show: (1) an intent to give, (2) actual or constructive delivery and (3) acceptance. He would be free to shoot his eye out and mom could only watch from the kitchen as the Bumpus’ dogs took aim on the back door.

Hope this helps explain some of the legal nuances of gift giving. Merry Christmas and Happy Holidays!