Your resource for regulatory and legal updates
Supreme Court May Need to Wade Into 'Water of the United States' Rule
11.13.2015

“Hope and the future for me are not in lawns and cultivated fields, not in towns and cities,
but in the impervious and quaking swamps.”

In August 2015, the Environmental Protection Agency issued a rule that defined the term “water of the United States” for the purposes of regulation under the Clean Water Act (CWA).

My earlier post about the then-draft rule outlined the basis and effect of the rule. As 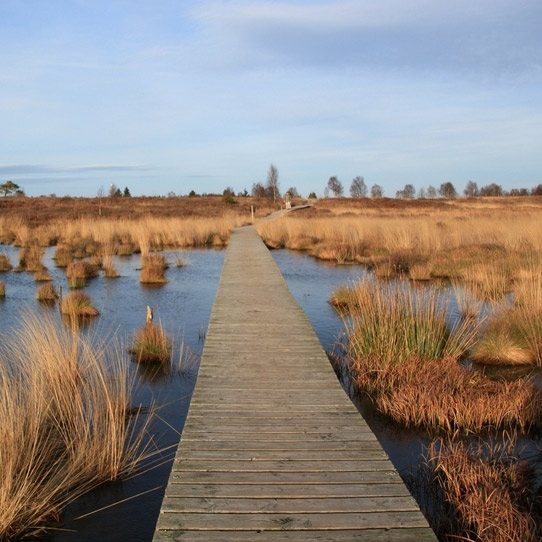 expected, a variety of parties filed challenges to the rule and recently the 6th Circuit Court of Appeals stopped the EPA from applying the rule while it considered whether or not it comported with the Supreme Court’s ruling on the jurisdictional extent of the CWA.

The appellate court's ruling does not necessarily doom the rule. Instead, the court ruled on a motion by those opposing the rule to stay the effect of the rule until the court could consider its merits. The court is also considering whether it even possesses jurisdiction to consider the challenge.

In seeking to stay the rule, the moving party filed for what is known as a motion for stay pending review. The purpose of such a motion is to keep the status quo intact while a court considers the merits of a claim. To succeed on such a motion, the moving party has to show that it there is a strong likelihood that it will prevail on the merits, that the moving party and others will be irreparably harmed if a stay is not granted, and the public interest is served in granting the stay.

The court, in ruling for the challengers, found that the parties moved quickly in pursuing a review and, as a result, the EPA had not fully implemented the new rule. The court also determined that it is likely that the new rule is inconsistent with the Supreme Court’s holding on the jurisdictional extent of the CWA under the Rapanos case, that the EPA did not allow public comment on a specific portion of the published rule identifying distance limitations on activities near regulated waters and that those supporting the rule did not successfully rebut the identified problems with the published rule. Finally, the court determined that the rule would burden the public if it was implemented because of its wide breadth.

The appellate court was not the first to issue a stay. Another court stayed the implementation of the rule in several western states. In the meantime, the U.S. Senate is considering legislation to block the rule, which would likely face an administration veto. There is little doubt the Supreme Court will have to review and render its opinion on this rule, essentially revisiting the hodge-podge of its holding in Rapanos.

Stay tuned, because this won't be the last you hear of this issue.