Your resource for regulatory and legal updates
Ballast Water Bill at Risk of Becoming Law Without Debate
06.29.2016

“Laws are like sausages, it is better not to see them being made.”

Last October, I wrote a blog post about a federal court of appeals decision requiring the Environmental Protection Agency (EPA) to strengthen regulations on ballast water discharge from ships into the Great Lakes under the Clean Water Act to require technology-based requirements. The U.S. Coast Guard, Canada and various states also maintain requirements for ballast water discharge. Those representing shipping interests do not appreciate the variety of regulations and have pushed for a single standard, preferably limiting regulatory authority in the Great Lakes to the Coast Guard.

Responding to shipping industry concerns, members of Congress introduced the “Vessel Incidental Discharge Act” in both houses of Congress. That legislation first prevents the EPA from regulating ballast 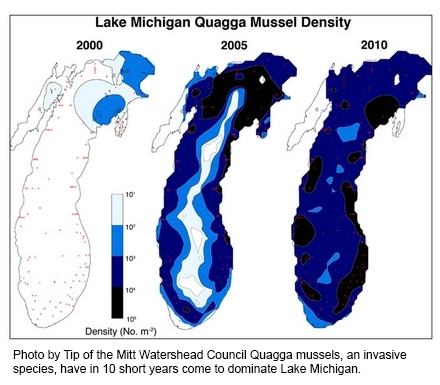 discharge under the Clean Water Act. Instead, it proposes giving that authority to the Coast Guard and establishes current Coast Guard rules as the standard. It also creates uniform national standards for all navigable waters, whether Great Lakes waters or ocean coastal waters. And, unlike the court’s decision last October, the legislation sets numerical standards for organisms, rather than basing requirements on available ballast water control technologies.

A bipartisan group of legislators sponsored the legislation, but none of the senators supporting the bill came from Great Lakes states. Representatives from Illinois, Indiana, New York and Ohio were among the co-sponsors in the House of Representatives. No single Michigan senator or representative supported the bill. Introduced in the House and Senate in 2015, the bill went nowhere.

In May, the House of Representatives slipped the Vessel Incidental Discharge Act into another bill, the National Defense Appropriation Act of 2017. Defense appropriation is essentially a must-pass bit of legislation. If passed as is, House and Senate conferees will need to reconcile both chambers’ bills, which may mean that the ballast water bill may become law – without study or debate. A Michigan newspaper and an Ohio newspaper have already come out against passing this piece of legislation in such a surreptitious manner.

So, what’s at stake? Some studies have estimated the negative impact of invasive species in the Great Lakes to be in the range of $138 million to $800 million on an annual basis, compared to estimates of $170 million annually for the costs of compliance. But, of course, none of this was discussed in either house of Congress. Recent reports document the decline of Michigan’s salmon fishing industry that is related to the influx of invasive species.

Considering the significant economic engine that the Great Lakes and its natural resources represent to Michigan and the other Great Lakes states, reversing a federal court decision and technologically-based ballast controls deserves at least a public hearing and debate. Referencing Otto von Bismarck’s quote above, if passed, this legislative sausage will be made of whatever organism is the next zebra or quagga mussel that hitches a ride to the Great Lakes in ballast water.