“I never drink water. I’m afraid that it will become habit forming”

Many of us take safe drinking water from our taps for granted. But how do we know whether our water is safe to drink? Who determines what “safe” even means? Under the Safe Drinking Water Act (SDWA), the Environmental Protection Agency (EPA) is charged with setting national standards for drinking water for a variety of naturally occurring and 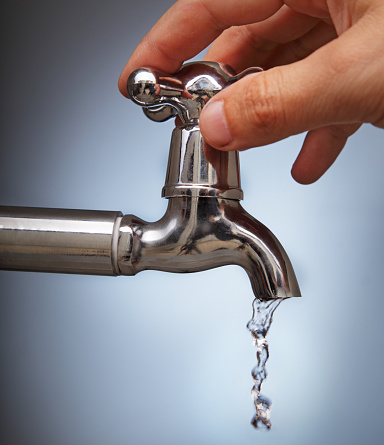 Those of us in Southeastern Michigan have recently read reports of Flint’s water system failure in which a switch from Detroit Water and Sewerage Department water resulted in unacceptable amounts of lead being present in drinking water. Lead in drinking water is one contaminant that is regulated by the SDWA. But given that there are millions of possible contaminants in water and EPA only regulates 114 of them, how do we decide which substances to regulate?

The SDWA requires the EPA to identify no more than 30 unregulated contaminants to monitor study and determine whether they should be regulated every five years. These contaminants are ones that are not regulated, but are known or expected to be present in drinking water. This list of substances, known as the Contaminant Candidate List (CCL), identifies contaminants that may possibly have negative health effects.

After studying these contaminants, the EPA evaluates the results of the study and makes a “Regulatory Determination” which establishes whether at least five of the CCL contaminants require regulation.

The EPA decides whether or not to regulate a particular contaminant using the following factors: can they have an adverse effect on human health; do they occur with such frequency at levels that could pose potential health problems; and whether the regulation of the contaminants represents a meaningful opportunity to reduce risks to public health.

On Dec. 11, the EPA published its latest list of substances it proposes to study beginning in 2018 through 2020. It developed the list by looking at contaminants identified in past reviews and after discussions with a variety of stakeholders, like state and local regulators, public water entities, environmental organizations and laboratories

The contaminants it chose to investigate include 10 contaminants created by algal growths in water sources (known as cyanotoxins), two metals, eight pesticides, three acid groups of disinfectant byproducts, three types of alcohols and three semivolatile organic compounds. Those entities covered by the proposed rule include systems that serve populations larger than 10,000 people and a “representative sample” of those that serve fewer than 10,000 people.

Looking at that list, one has to think, “Wait, what? You mean that stuff is in my water and is NOT regulated?! And there’s other stuff that could be in there that they’re not even looking at?!”

Obviously, the universe of potential contaminants is quite huge and the resources to investigate them and determine which present potential health issues are not infinite. And Congress only allows the EPA to investigate no more than 30 potential contaminants every five years to identify which substances to add to those already regulated. The EPA also identified substances that it considered to add to the 30 on the proposed CLL, but did not include in the current list.

The public has a voice in deciding which 30 substances the EPA should investigate. It has conducted several meetings and webinars to get input on this list, and another is scheduled for Jan. 10. Also, the EPA is soliciting public comments with instructions on how to deliver those comments at epa.gov.

Michael Hughes
Looking back at 19th century America and Europe, cholera was widespread from not understanding that sewage and drinking water can&#039;t be mixed. Chicago used over 6,000 simple jackscrews to raise buildings and allow sewage to free flow with gravity where before it couldn&#039;t because of the grade, Chicago was too flat. Fast forward to today where the issue still ecistd but goant tumnels lead storm grade water to a giant quarry holdong area to jerp it out of the wayer supply and Lake Michigan. While we added chlorine as a disinfection aid, many other chemicals are now entering our water supply and verf fre are trsted for. Wr need x-ray dispersive trsting to ifentify markers for everything in our drinking water so w can find those levels of everything and use simple methods for tracing these chemicals back to their origin. I am prepared to join that testing and help set up Chicago as the leader in idntificatipb and trace back to source so we can eliminate or control contamination. Let&#039;s learn from the past, not create new. Use maps to find sources and eliminate them. Lab work confirms, but feet on the street and under it are the only way.