Your resource for regulatory and legal updates
FAST Act Could Provide About $1 Billion a Year to Michigan
02.03.2016

"The road to success is always under construction."

On Dec. 4, President Barack Obama signed the Fixing America’s Surface Transportation (FAST) Act. The FAST Act reauthorized the federal gas tax that pays for some (but not all) of 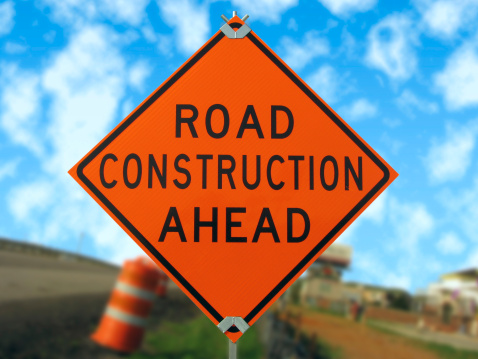 the nation’s transportation programs and provides additional funding for the next five years for a variety of transportation-related projects. Included among its provisions is an increase in state funding for roads, which should provide an average of a little more than $1 billion a year to Michigan.

Last spring, I wrote about the presentation of the Transportation Secretary to the Detroit Economic Club. The FAST Act isn’t as ambitious as the Grow America Act, but it addresses some of the same issues, including funding, albeit in a more modest way. Many of that proposed legislation’s provisions found their way in to the FAST Act.

The FAST Act does not raise the 20-year old 18.4 cents per gallon federal gasoline tax (24.4 for diesel) for highway funding, but reauthorizes it. Congress raised additional funds by attaching dollars from other federal budget items, totaling some $280.9 billion over the five-year term of the FAST Act. However, the long-term funding of the Highway Trust Fund still remains an issue.

So, what types of programs does the FAST Act fund? Dollars will go to mass transit, Amtrack, vehicle safety programs and highways. The FAST Act focuses on large-scale projects by creating the Nationally Significant Freight and Highway Projects (NSFHP) program, which establishes a grant program of a minimum of $25 million for projects costing at least $100 million, although there is a set aside for smaller and rural projects. The U.S. Department of Transportation and Congress will select qualifying projects.

Of particular interest to those interested in environmental policy, the FAST Act “streamlines” some of the environmental review provisions related to designing and funding projects. Under the National Environmental Policy Act (NEPA) and several other statutes, before work that is financed in whole or in part by federal funds can begin, there must be a review of the proposed project’s impacts. There are times when these impacts are so significant to the protected interest (i.e., environment, water, air, endangered species, and historic resources) that the proposed work requires significant revision or even cancellation (“no action” alternative).

Compliance with NEPA and other statutory review requirements can add significant delays to transportation projects. The FAST Act does not remove the obligation to comply with those requirements, but institutes some time lines and bundles review processes to speed it and the project up. In addition, the FAST Act provides that some states can impose their own review requirements in lieu of NEPA so long as the state programs are at least as rigorous as NEPA. It also reduces the statute of limitations for NEPA lawsuits from six years to two and allows courts to consider the project’s effect on jobs when considering whether or not to reverse the approval of a project.

Already, the state is adjusting to the new source of funding. The Michigan Department of Transportation (MDOT) has pushed back the state’s long-range transportation plan update due to the FAST Act and the recent Michigan transportation funding bills. Michigan’s current long-term plan was prepared in 2012, but is now being reconsidered to 2040 with the additional funding available with the state and federal money.

In the season of gift-giving, the FAST Act passes out assorted goodies to a variety of interest groups. The transportation and construction industry will be particularly pleased with the additional funding and easing of environmental permitting requirements. Travelers can expect to see orange barrels with a bit more frequency. However, this is a short-term measure that still does not fully address the problem of this nation’s decaying infrastructure, but it’s a start.