Your resource for regulatory and legal updates
Michigan retains No. 12 Ranking — on State Energy Efficiency Scorecard, That is...
10.31.2014

“There can only be economy where there is efficiency.”

The votes are in and Michigan has retained its No. 12 ranking in the American Council for an Energy-Efficient Economy's annual State Energy Efficiency Scorecard for 2014.

While not as impressive as Michigan State University’s current college football ranking after winning its rivalry game against the University of Michigan, it remains impressive, nonetheless. However, it is clear that Michigan can improve. 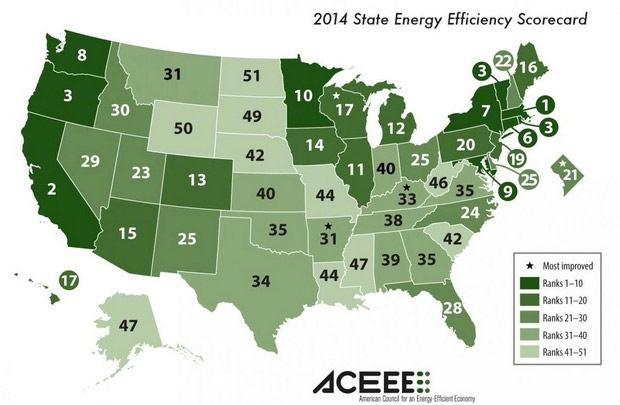 The ACEEE describes its methodology in the following manner:

Michigan’s scorecard showed that it increased its overall score from 2013, but maintained is 12th place position:

The ACEEE report is a helpful tool to gauge how well we are doing with preserving the resources we have and whether we can do more with less. It is interesting to note that the two top states, Massachusetts and California, are economic powerhouses. Perhaps some of their economic successes are attributable to their efforts to keep money that would have been spent on energy in the pockets of their citizens and businesses.