“One thing we know for sure is that Michiganders do not back away
from challenges. Our reinvention is proof that we know how to
pull together, innovate and find solutions. We can lead the nation.
That’s the only way we should approach our energy needs.”

Gov. Rick Snyder delivered a “special message” on Michigan’s energy future in March. In it, he laid out a vision in which the state would modernize its energy infrastructure by focusing on affordability, reliability, adaptability and protecting the environment. He followed his message by issuing an executive order in which he created the Michigan Agency for Energy, which he charged with developing energy policies and programs.

The governor’s actions come on the heels of many recent developments on the state and national level regarding energy and environmental policy. He appears hopeful that Michigan can continue to build upon past successes regarding energy efficiency and energy alternatives. While he starts on that road, he faces some headwinds, some of which are coming from his own party. 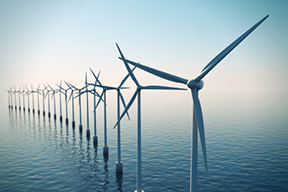 under Part 295 to produce 10 percent of their energy from renewable sources. Despite claims that this mandate would be too expensive and cause energy reliability issues, the utilities met this obligation easily, generated billions in in-state investment and all quite affordably. In fact, new wind power development in Michigan is more economical than building new coal-fired plants.

How do Michigan voters feel about energy efficiency and renewable energy? A survey conducted on behalf of the Michigan Conservative Energy Forum found overwhelming support for renewable energy and energy efficiency. For instance, 75 percent of voters would support candidates that seek to promote more renewable energy, while only 18 percent would back those who seek to continue to rely on traditional fossil fuels. Also, 75 percent of voters favor moving away from coal to other, cleaner fuels. These positions reflect a broad bipartisan consensus in support of clean energy and efficiency by Michigan voters.

Despite support from some conservatives, Gov. Snyder is facing opposition among a few in his own party. Some members in the Legislature are seeking to undo the renewable portfolio standard and efficiency measures that the governor lauded in his special report. One legislator is even trying to define the burning of solid waste as “renewable energy.” In his special report, Snyder spoke about the need to reduce the amount of mercury reaching the Great Lakes by reducing dependence on coal, yet the Supreme Court is about to hear a challenge on mercury standards for energy production brought by the state’s attorney general.

The message coming from the state government seems muddled. One the one hand, the governor appears eager to improve upon the progress Michigan has made. Yet, he faces significant opposition to anything that seems to be working toward expanding on those successes.

Perhaps, Michigan can learn from Ohio’s example. By all accounts, Ohio made great strides toward its own energy future, but the Legislature “paused” its renewable portfolio standard last year. Since then, one report concluded that as a result Ohio has lost millions in investment. Michigan risks at the very least thousands of clean energy jobs.

Looking forward, there are other benefits to developing energy efficiency and renewable energy programs. When the EPA’s Clean Power Plan comes on line, studies have already shown that states with programs in place to support efficiency and renewables will have an easier and cheaper time complying with it. As Michigan spends billions to import out-of-state sources of energy, using efficiency and alternatives keeps those dollars circulating in Michigan’s economy. One very recent report concluded that “states with the greatest share of electricity generation from renewable sources have often experienced average retail electricity prices that are cheaper than both the national average and also states with the smallest share of electricity generation from renewable sources.”

As Gov. Snyder noted, several coal-fired plants will be going offline, whether or not EPA mercury regulations or the Clean Power Plan survives court challenges, because many are several decades old and need to be retired. The governor also can read the polls that say the Michigan electorate supports enhancing energy efficiency and renewables in the state. He will need to stem the tide of opposition of some within his own party, but there appears to be significant bipartisan resolve to move ahead. The policies that will support these developments remain to be seen.