Facts are stubborn things; and whatever may be our wishes, our inclinations, or the dictates of our passion, they cannot alter the state of facts and evidence.” 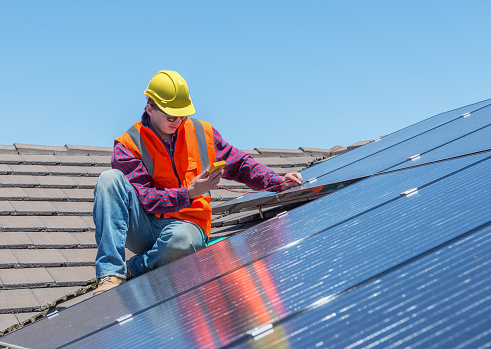 Recently, I wrote about the battle brewing in the Michigan legislature over proposed changes to current net metering laws.

My point was that legislation supported by certain Michigan utilities and others will make it harder to implement distributed renewable energy and energy efficiency, not impossible. I also did not state that DTE was “anti-solar” and specifically mentioned DTE’s commendable solar power programs, pushed in part by the adoption of a renewable portfolio standard (RPS) for Michigan.

It appears that while the utilities appreciate large-scale renewable energy, they are less enamored with distributed energy or energy sources over which they have limited control, which forms the basis for the proposed legislation changing Michigan’s current net metering laws.

Ostensibly, the utilities are concerned about fairness in that they argue that those who have distributed energy systems for which they receive compensation through net metering are not paying their “fair share” for operating the grid. This burdens those who do not have distributed energy systems. This argument is a common one and often cited in support of the reducing payments received through net metering.

That argument may very well be true, but it is one, in lawyer speak, which assumes facts not in evidence. That is, the claim assumes facts for which the proponent has provided no factual support. It is merely offered as being self-evident, but no study or facts to support that position are ever provided. That was the primary point of my initial blog post.

The Michigan Legislature is proposing to change state policy to make it harder for those with distributed energy systems to get compensated, but there is essentially no study that supports the basis for the utilities’ claims. I cited and linked to a couple of cost-benefit studies that concluded that those claims may be baseless. If net metering in Michigan is to change, it just stands to reason that those changes should reflect actual facts that support the assumptions upon which the proposed change in policy is based.

Since my blog entry, there have been additional developments. Michigan legislators have proposed a bi-partisan competing proposal that seeks to streamline net metering and provide opportunities for those who cannot incorporate distributed energy into their homes and business to, nevertheless, invest in distributed energy systems.

Barry Goldwater Jr. identified the conservative case for net metering and renewable energy in Michigan. And lessons learned about removing energy efficiency requirements in other states have shown that without mandates, utilities will significantly reduce the amount of energy efficiency in which they will invest.

Another development is that the effort in Michigan to change net metering laws and energy efficiency is not an isolated event. In fact, it appears to be a nation-wide effort on behalf of certain stakeholders to push back against distributed energy. According to the Energy and Policy Institute, this challenge and those in other states may be a coordinated “assault” to weaken net metering laws.

Ultimately my main point is this: if we are to change the way Michigan promotes energy independence, renewable energy and energy efficiency, it should be based on something more than speculation about how net metering affects energy production and delivery. Before heading down the path of significantly affecting net metering and harming those who already invested significant resources, at the very least Michigan should study the claims, both positive and negative, closely.

It serves no one if we base such an important policy decision on facts not introduced into evidence.