“Corporations are people, my friend.”

Mitt Romney said the quote above in response to a question about taxation in the early days of the 2012 general election primary season. He tried to convey the concept that 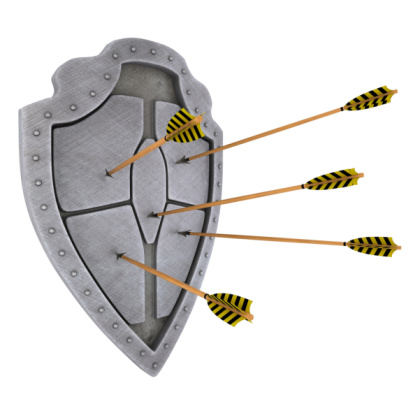 taxes on corporations are ultimately paid by people (i.e., the shareholders, employees and owners or those corporations).

The corporate form also provides benefits to people, like shareholders and owners of those corporations, in the form of liability protection. However, in certain circumstances, environmental liabilities may attach to individuals normally protected by the corporate form.

A corporation is a legal fiction created by the government that allows the creation of an entity that exists separately from its owners. Those who loan money to a corporation, for example, acknowledge that the corporation will pay back the obligation from its own assets and not from the private assets of its owners.

With respect to derivative liability, the Supreme Court considered the issue of a regulator’s ability to “pierce the corporate veil” for environmental liabilities in United States v. Bestfoods. The United States brought a cost recovery action under the Comprehensive Environmental Response, Compensation and Liability Act (CERCLA) for costs of contamination against a corporation and a parent corporation

One common practice to limit a company’s environmental liabilities in the real estate context is the creation of “special purpose entities.” Companies purchasing property on which to operate will often create a separate entity that owns the real property apart from the operating entity, which then will lease the property on which it operates from the special purpose entity. In that way, if there is some sort of environmental liability associated with the property, the operating entity is shielded from liability and only the assets of the special purpose entity are at risk.

However, a regulator can try to pierce the corporate veil to attach normally protected assets if, for instance, the special purpose entity is inadequately capitalized, did not keep separate books and accounts, or had no difference between members of the boards of the corporations.

The corporate form may fail to shield owners or employees from operations if their actions directly cause environmental harm.

In January 2014, thousands of gallons of a coal-cleaning compound were released into the Elk River in West Virginia, resulting in thousands of people being unable to drink their water. Nearly a year later, a federal grand jury indicted four of the company’s owners and managers under the Clean Water Act. Two former owners of Freedom Industries pleaded guilty to environmental violations stemming from the chemical spill.

The CEO of Massey Energy was indicted for alleged violations of mine safety and health regulations that resulted in the 2010 Upper Big Branch Mine explosion that killed dozens of miners.

So, how do companies protect themselves from losing their corporate assets or avoid criminal penalties?

Businesses enjoy the protections offered by the corporate form to develop and grow their businesses. In the environmental context, however, owners who do not follow the strict legal requirements for maintaining their corporation or that become directly involved in regulated activity that results in a violation of law risk not only their assets, but their freedom.