"In 2001, scientists estimated that 162 invasive species had entered the lakes from all pathways. Today, some scientists have raised that estimate to more than 170 non-indigenous fish, invertebrates, plants, algae, protozoa and parasites, and predict that one new non-indigenous species will be discovered in the lakes about every eight months."

A federal court of appeals recently dealt a blow to a general Clean Water Act (CWA) permit issued by the Environmental Protection Agency for ships’ discharge of ballast for not considering other control options and technologies that are more protective of receiving waters.

The EPA intended that the rule would prevent ships from dumping ballast into waters that contain organisms, larvae or eggs from other bodies of water, which is the main way invasive species are introduced into water bodies. 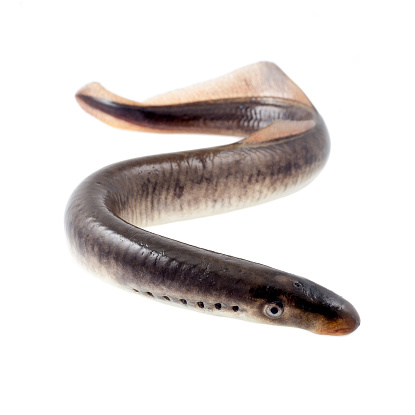 In order to combat invasive species, the EPA proposed a “general permit” under Section 402(a) of the Clean Water Act that placed several restrictions on the discharge of ballast, but the plaintiffs felt that the EPA did not go far enough. Under Section 402(a), no one can discharge anything into waters without first obtaining a National Pollution Discharge Elimination System (NPDES) permit. Rather than issue distinct permits for each and every source of pollution, the EPA sometimes issues “general permits” that apply across the board to anyone engaged in a common activity, in this case, discharging ballast water.

General permits contain common requirements. They may have technology-based effluent limits (TBELs), which, in the case of invasive species, require the use of “best available technology economically achievable,” or BAT. BAT may even include technology not currently used in the particular industry provided that it is used in another industry, it can be transferrable to the regulated industry and that it can adequately treat the discharges.

Permit conditions can also include “water quality-based effluent limits,” or WQBELs. WQBELs apply when TBELs are not adequate to protect the receiving waters and the costs of implementing such controls cannot be considered or even if such technology exists. It is known as “technology forcing” regulation or, as the court noted: “Congress designed the CWA to force agencies and permittees to adopt technologies that achieve the greatest reductions in pollutants.”

In drafting the challenged general permit, the EPA sought input from two sets of experts: one to identify appropriate technologies and systems and the other to establish if there is a way to identify a concentration in ballast water that would increase the likelihood that an invasive species can take hold in a receiving waters. The court ruled against the EPA, finding that the agency overlooked its own experts’ conclusions. Specifically, the court found various shortcomings with the EPA’s general permit:

The EPA did not come up completely empty. The court ruled against the plaintiffs by finding that the EPA’s requirements for monitoring the efficacy of control technology met the requirements of the statute by requiring periodic testing of control equipment and monitoring of indicator organisms in the ballast water. The court allowed the general permit to stay in place until such time as the EPA revises the rule in a manner consistent with the court’s ruling.

As ships move from sea to lake or between lakes, they will be required to make sure their ballast water doesn’t discharge hitchhikers from other waters. The cost to the Great Lakes and the surrounding jurisdictions is already quite high. The effects of invasive species are felt in terms of actual costs and a degradation of those waters. The EPA will now need to reconsider its general permit and develop one that is significantly more protective.