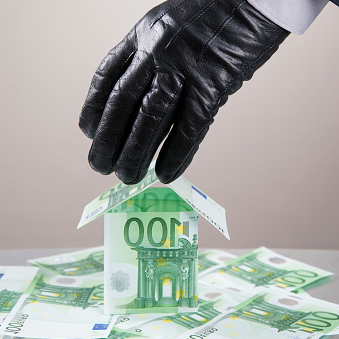 Like the Grinch who stole Christmas, there are plenty of con people out there, during the holidays and year round, trying to cash in on unsuspecting homeowners and renters with fraudulent real estate scams!

I recently handled a case where a party (actually claiming to be religiously affiliated) sent a letter to a homeowner which said, in shortened form:

Please be advised that the undersigned is the owner of the property located at [address], Detroit, Michigan. Attached is a copy of the deed evidencing our title.  While we do not want to evict or leave you homeless, you must contact our office within 7 days of this letter to make financial arrangements.  Otherwise, we will have to commence proceedings to have you evicted.

The homeowner again contacted our office, and this time we filed an action in the circuit court to confirm the title of the homeowner, reject any claim of title by the alleged owner, and for certain injunctive or restraining relief. That relief was eventually secured and the homeowner’s title was, in fact, ratified by the court and an injunctive order was entered.

During the investigation of these actions, it did appear that the alleged owner’s deed came from a party or person who appeared to have no business or authority to make such a deed purporting to convey the property to the alleged owner. In addition, even though the deed was recorded, because it came from a non-authorized person, it was outside the chain of title and, therefore, was not searchable in the Register of Deeds office.

In sharing this series of events, we wonder how many homeowners, tenants and the like get hoodwinked into these types of scams and begin paying monies or get evicted by persons who lack a legitimate title or interest. Our readers need to be aware and not just take someone’s word that they are an owner, a new landlord, lender or the like, even if they give you “documentation” that appears to provide verification.

Go to a lawyer and have the documents reviewed. Of equal importance, do not ignore court actions for which you receive a summons or the like because you believe the plaintiff or the party filing the lawsuit does not have a valid claim. You could end up in a default position, which is often very difficult to unwind.

Again, if you receive a lawsuit or notice of a similar proceeding that relates to your interest in property, either as an owner, tenant or the like, immediately take the documents to a lawyer. In a worst case scenario, you will at least know that you are paying or dealing with the correct person. Otherwise, you may also successfully avoid becoming another victim of fraud or scams designed to catch the unwary.

If there are any questions or help is needed regarding matters similar to those outlined above, please feel free to contact one of our attorneys.