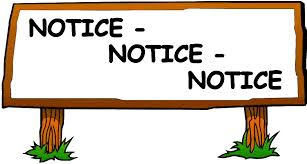 In Grandberry-Lovette v Garascia, the plaintiff was injured when she was walking up steps leading into a rental home owned by the defendant.  The plaintiff claimed that the steps, which were made of brick, began crumbling as she ascended them, causing her to fall forward.  In her lawsuit, the plaintiff alleged that the defendant had a duty to timely and adequately inspect the steps to ensure that the steps were in good repair or, in the alternative, to warn invitees about the dangerous condition of the steps.

The defendant filed a motion for summary disposition and presented evidence that he did not have actual knowledge that the bricks in the steps had become loose. Moreover, with regard to constructive notice, the defendant argued that the alleged defect was not visible to him and, if it had been, it would have also been visible to the plaintiff.  Accepting this argument, the trial court granted summary disposition in favor of the defendant.

On appeal, the Michigan Court of Appeals noted that, as the moving party, the defendant had the burden to establish beyond genuine factual dispute that he lacked both actual and constructive notice of the defective condition. Focusing on constructive notice, the court stated, “if under the totality of the circumstances a reasonably prudent premises possessor would have employed a more vigorous inspection regime which would have revealed the dangerous condition, the fact that the condition was not observable on casual inspection would not preclude a jury from finding that the premises possessor should have discovered the hazard in the exercise of reasonable care notwithstanding its latent character.” With this rule in place, the court then proceeded to determine if the defendant had established that there was no material factual dispute concerning whether he had constructive notice that the bricks at issue had become dangerously loose.

In addressing this issue, the court noted that the defendant did not discuss or present any evidence concerning his actual inspection regime and whether that regime would have revealed the dangerous condition. Moreover, the defendant did not discuss or present any evidence that the hazard might have developed within such a short period of time that, even with a reasonable inspection regime, he would not have discovered the allegedly dangerous condition. As such, the court found that the defendant failed to properly support his motion and, therefore, did not shift the burden of establishing a question of fact to the plaintiff.  Accordingly, the court held that the trial court erred in granting the defendants motion.

It’s important to note that the majority opinion stressed the fact that defendant was a licensed residential builder for 20 years and, therefore, possessed a vast amount of knowledge concerning how defects in brickwork can come about and how to detect these defects. As such, the majority’s position is somewhat unique to the facts of this case.  Indeed, the dissent cautioned against the application of the majority’s opinion to other property owners who may not possess a vast amount of knowledge concerning construction like the defendant in this instant case.