Discrimination based on sexual orientation is a violation of the Elliot Larsen Civil Rights Act, according to a recent ruling by the Michigan Supreme Court. Employers should take note of recent federal guidance on issues related to the Americans with Disability Act and opioid use disorder.

Employers should take action whenever stray comments arise in the workplace about age, race or other protected classes.

Was the bar for Actionable Federal Discrimination Claims Just Lowered?

Appellate court’s ruling appears to have made it easier to bring employment discrimination claims under federal law.

Despite what appeared to be clear evidence of bias by a job interviewer, employer escapes liability in discrimination claim.

8 (no, Make it 7) Hiring Lessons Learned at University

Unfortunately, for this public school employer, it’s “good deed” does not go unpunished, as evidenced by an employee’s civil rights claims brought in federal court.

Does Your Company’s Employment Application Process Violate the ADA?

Court allows class action case to proceed against Ford Motor over claim that company’s online job portal is too difficult for applicants with disabilities to navigate.

Let me Tell You What I Just Heard…

Rumor-based sexual harassment claim draws attention in the form of nearly 50 amicus curiae briefs from across the country. This post explains why.

Uninformed employer decisions in whistleblower actions among the most treacherous and difficult to defend in court.

‘Tis the Season for Religious Accommodations

Remaining flexible on religious accommodations could help employers stay off the naughty list with Michigan’s courts.

EEOC and Justice Department locked in clash of titans battle over discrimination protections for LGBTQ employees.

To avoid legal quagmires, employers must understand the differences between federal and Michigan law regarding employees claiming disabilities.

Is There Any Value Left To Tender Back Doctrine?

In a real game changer for employers and employees, a recent federal court ruling disavows application of the tender back rule to employment cases under Title VII and the Equal Pay Act.

Appellate court rules Title VII of the Civil Rights Act of 1964 protects transgender employees from discrimination by employers in the workplace. 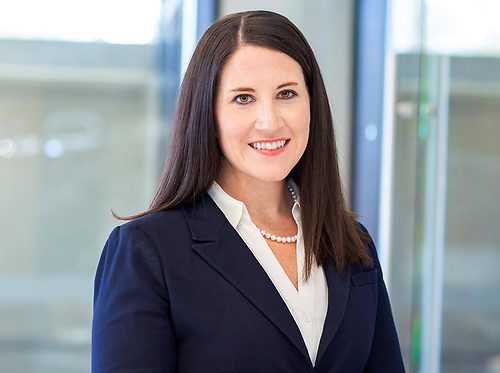 Check out the EEOC's new quick-read pamphlet for employers that provides helpful information and links to important Internet content.

Diversity in the Workplace and Specific Job Classifications Matter

Pregnant employee refusing FMLA leave can be subject to discharge under the right circumstances.